A couple of weeks ago, I came to the end of the garbage bags filled with yarn. While I was knitting the last scraps into something that looked more like an acrylic hallucination than a cozy cat blanket, I felt itchy about the whole thing and decided to go buy some yarn. For me, this is a sortie into enemy territory: inside every craft store lurk the kind of women who, in groups, look at me and see an alien. Fortunately for me, I’m a bitch. Even more fortunate for stray cats, I sailed through the store, glowering at anyone staring at me because I am freaking MATURE, and found one pound skeins of poofy synthetic yarn on sale, some for as little as $2.99. The colors are appalling, but who cares? I carried off as much yarn as I could stuff into two large shopping bags and escaped without a scratch. 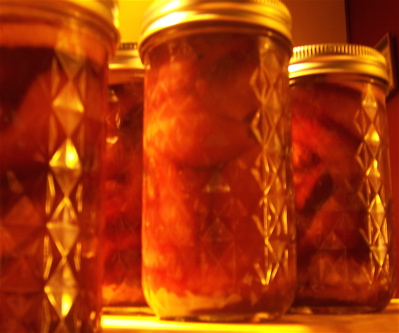 The weather change is kicking my fabulous ass. Sure, you’re thrilled with the cooler temperatures because everything above 80 makes your jersey knit feel like a neoprene nightmare, but I can’t share your arid joy. My joints stiffen. My mood sours as I trudge to work in the dark. Frankly, I’m a fucking prize from 1 October to 1 May when I take my own personal paddle ride in the swan boat of seasonal misery, waiting for the sun’s return. I wish it came with kettle corn. I hate kettle corn.

Hibernation sounds like great fun. I would like to make dinner reservations and dentist appointments based on when the salmon are running. Being warm and cozy for months on end might be divine, but I worry about the dreams. Would I need a winter-long attention span?

A portrait, as if Joan Collins were grape tomatoes.

Do the police get to kill us?

“All that is required for evil to prevail is for good men to do nothing.”

I am not a nice person, and this is not a nice blog post. Yes, I am a member of the AFT-URA, but I’m not speaking as a union representative and I’m not a teacher. I’m speaking for my own goddamn self. Buckle up.

Siobhan: Wow. I popped over to the comments on the Oprah site for the Waiting For Superman show, and people are PISSED. People are blaming the union? Can we make a film about the New Brunswick BOE and the principals of the schools? You know, how they keep all the money for themselves, and make the teachers bring in their own frigging pencils? How are the schools in your town? I suspect they’re a damn site better than the New Brunswick schools, though. And why do people suddenly want to blame unions? We have them for a really good reason!

Tata: Suddenly? Business has been union-busting with great success since before Reagan fired the air traffic controllers. Less than 1% of the American workforce is unionized now. Our Governor, in particular, loathes the teachers, but he’s not alone. Obama’s Secretary of Education’s goal is to bust up the AFT-URA. That is what Race To the Top is designed to do. That is what charter schools are designed to do.

Siobhan: Well, I meant that liberals were suddenly anti-union. Am I wrong? Have liberals always been anti-union, and I just didn’t know it because I was raised in a household with an NJEA officer?

Tata:If you take a step back, busting up the teachers’ union has two other goals: 1. to de-stabilize one of the largest employers of women in this country, and one of the few where being a woman is only a small impediment; 2. to privatize a large public revenue stream. Once the union is wrecked, you can count on whole towns closing their public schools the same way you now see towns replacing roads they don’t want to maintain with gravel. De-stabilizing the teachers’ union is the path to permanent feudalism.

Siobhan: You should post that somewhere that a million women can read it. Seriously, that’s a very clear, very powerful statement. In fact, can I post that?

Tata: Yeah, sure. That women are anti-teachers’ union is proof that neocon propaganda has soaked into the very fiber of our society. Traditionally, teaching and nursing were seen as the only two careers women could safely enter and pursue for life. Both nurses and teachers are now considered actual roadblocks to their service functions: health care would be cheaper without those pesky, expensive nurses; education would be better if those pesky, expensive teachers would surrender their union protections and job security. That women believe this should frighten us all. Nurses and those treated-like-janitors physicians’ assistants now do most of the actual caring for patients, especially in hospital settings. Teachers are so underpaid and underfunded they put their own money into school supplies for their students and often have part-time jobs. These are precisely the people we should get behind and push as liberals or progressives. And look what’s happening here instead.

Siobhan: I see, I’ve seen. I’m appalled. I always vote in the school board elections, even though I have no kids – because I want good people watching over other people’s kids. Education is the difference between civilization and dark ages, isn’t it? And nurses are the people who make us better when we’re sick.
****************************************************
Yesterday on Facebook, one of my relatives promoted the movie Waiting For Superman sight-unseen. See it. Don’t see it. I do not care either way what you choose to do about a movie. What I care about very, very much is when I see an angry mob lighting torches and heading for the wrong fucking castle.

Every Sunday morning on the political talk shows you can hear politicians positively crowing about how they manipulate Americans of all stripes into voting and protesting against their own interests. If you do not have the sense to realize middle class people have more in common with the poor than the rich you are being manipulated by the rich, who own the media and simultaneously sweet-talk and slander the rest of us constantly. As Jill often says, “Never look down the economic ladder for the person causing your problems. He doesn’t have the power to hurt you. Always look up.” Look up the ladder. That’s where pain comes from.

“There is strength in numbers.”
“The army makes a brave general.”
“Many hands make light work.”
“Two heads are better than one.”
Even “United we stand, divided we fall.”

All the same truth your grandparents knew: alone, we may survive, but working together, we can thrive. And yet, whenever some group of politicians or church group or think tank demonizes a group of our neighbors, friends and relatives, Americans fall for it. Right after 9/11, when the American flags went up everywhere and the flag-waving began, I knew because it has been true all my life that when Americans have waved flags bombs fell on the heads of brown people. Sure enough, that is what happened. There was never any reason to set anyone on fire, except that that’s what an angry mob does.

You can see the demands for groupthink and group behavior regularly on Facebook, if only for example. A few of my friends have recently re-posted statuses demanding supposed patriotic statements or gestures. That’s not patriotism. It’s a demand for conformity. Fuck that noise. My dissent is patriotic, and those demands are bullshit. Once again, if you don’t get that, you have been manipulated by someone who gains by your misunderstanding.

For years now torches have been piling up in a public square and the villagers have grumbled about teachers, which is Sunday morning talk show-speak for uppity women. Women with the resources to control their own lives. Women who have decent, secure jobs who can provide for their children. Women who can, if need or desire be, survive without men because they have achieved a degree of education, independence and power over their own lives. This upsets our family values fetishists to no end, but more than that, this upsets corporatists because it decreases the number of easily manipulated poor people who will work for scraps. No union – let alone a union composed mostly of women – can be permitted a moment’s peace, and none will be given.

This is what we are seeing develop. Who stands to win – because you will certainly lose when an important part of the middle class goes up in smoke? If you participate in it, you are going to watch women burn. You are holding a torch. What are you going to do?