Every year, this mysterious tree looks depressed until all that parasitic fruit migrates to the lawn. I can’t decide how I’d like to console it, since it’s not my tree.

Three blocks from my house, this interesting fellow is slowly disintegrating behind some shrubs. One day, I will leave some ditalini as an offering for its journey. 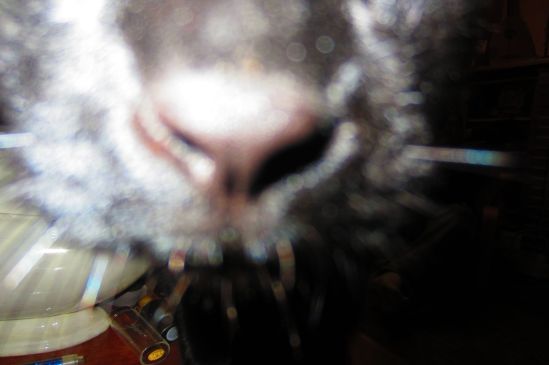 My son-in-law Mr. Sasha is back from Afghanistan. When Miss Sasha picked up Mr. Sasha at the airport this afternoon, my entire family was able to exhale for the first time in six months. For me, it was like hyperventilating in reverse. Now I can get on with other things like packing on a few pounds and taunting dumb people on the internet, though now that I think about it that could just be a Tuesday. 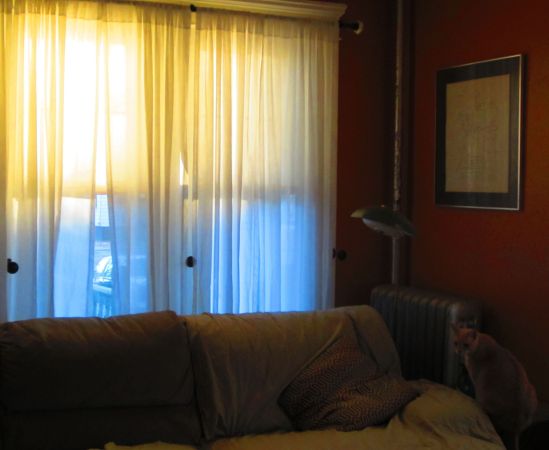 But soft, what light on yonder window breaks? It is the east and Sweetpea is the sun.

Shhh! Don’t tell the poor darling it gets the axe in the morning and tomorrow night: stuffed cabbage feast!

Somewhere on campus, a biochem grad student teaching an intro level course has offered his students extra credit for donating boxes of non-perishable foodstuffs to the unnamed university’s food pantry/adopt-a-family project. This afternoon, the grad student’s offer produced the interesting result of a young woman at the Circ Desk in the library where I work, offering materials for our project families. The perplexed department supervisor called me, asking that I come from my lair in a dark corner of the basement to cope with this terrifying crisis. At first, I didn’t understand why she had come from a biochem class to this corner of the campus, a humanities library, but she spoke slowly and explained in tiny words that she would leave the foodstuffs with me in exchange for a letter including her name and student number and describing what she was donating. A letter? I write letters all day and I was pretty confident I could do that, so I accepted the bag and quick-walked her back to my lair. She said, “I didn’t know this part of the building existed,” and “You’d think this would smell funny,” as I laid out the donations and typed up a list, added her details and signed my name. She promised she would return with more donations. I thanked her effusively and took the bag of donations to a department where the collecting was going a bit slowly. The perplexed department head examined each item with an expression of wonder. It doesn’t matter why the student suddenly appeared. She did, when someone needed her to, when inspiration was needed. Somewhere, a biochem grad student has filled other rooms with light.

That is the kind of surprise I can live with. 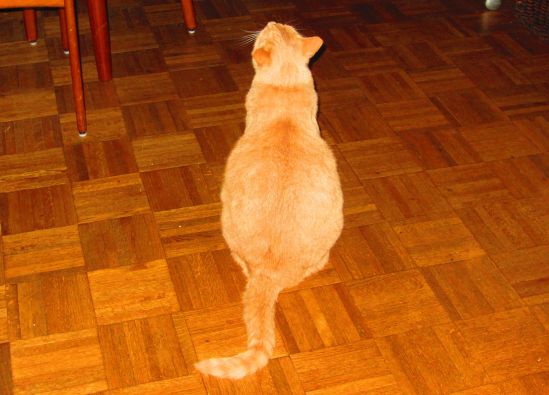 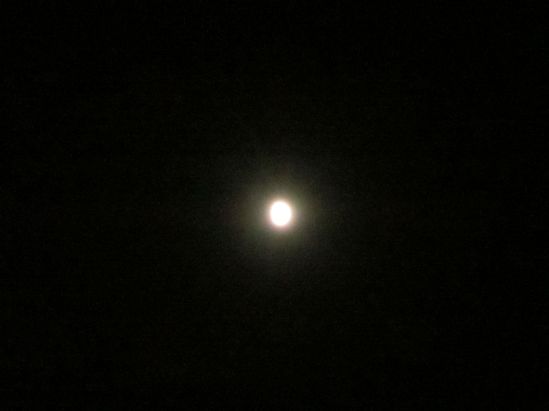 This morning, we had an exciting snowfall of which there is not now a speck of evidence in sight. For the next six months, we have to dress for all possible weathers, every day.