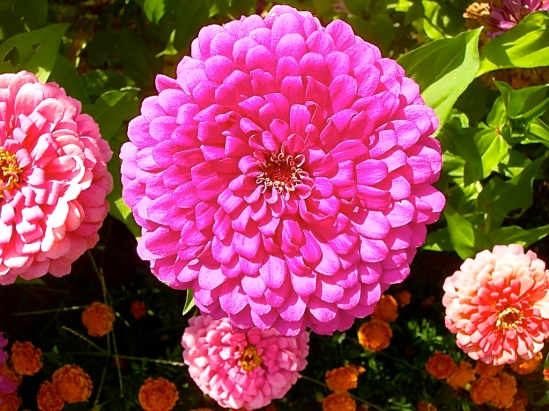 Photo by Bob Hosh, who says, “Nothing says Summer like Zinnias (Zinnia elegans)! I used to grow the variety Benary’s Giants at Hageman Farm and they were beautiful!”

Back home for a few sleepy days, during which I’ve been unable to follow conversations more than two sentences long. Strange story in the pipes over the next couple of days, but I am home now and PIC is live in 3, 2, 1 –

My second hip surgery is scheduled for Unknown o’Clock this Friday. The paperwork my job and the state needed for my absence was still at the doctor’s this morning, but the women there are total aces. I have informed Pete that while I’m having my hams renovated he will be delivering chocolates to those women who have repeatedly saved my bacon. 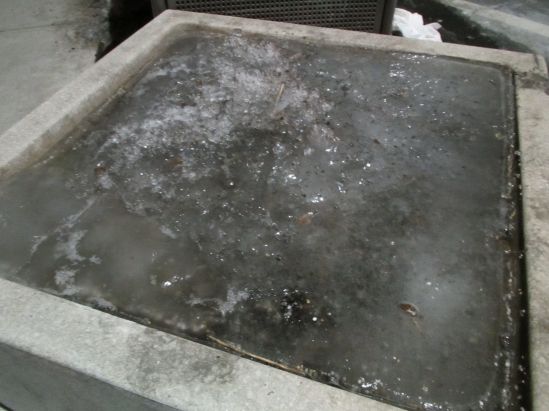 It was snowing when I got up this morning and all was frozen until it melted this afternoon and is refreezing now. I am shopping for Meyer lemon plants in self-defense. 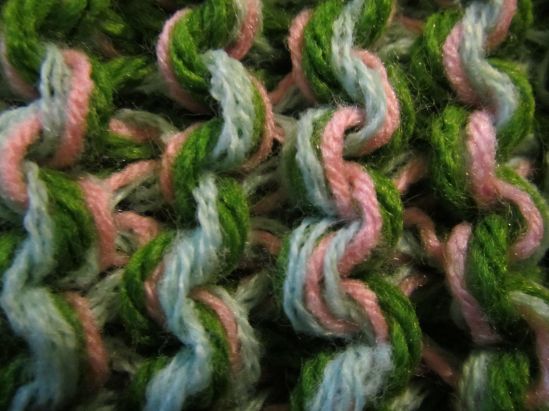 We go back to New York in the morning for pre-op testing. Yes, the same surgeon will be fixing the other hip, but don’t worry. I’ve been telling everyone I’m getting matching jewelry.

One of the tenants has been moving out for months. Donna was supposed to be completely out and her apartment empty by the end of January, but it became apparent to me that she would not finish on time and that she was at the end of her rope. On Sunday afternoon, Pete went out to tell her she could store what she couldn’t take this trip in the basement and found her in tears in the driveway. We hoped she would put things in the basement and leave. For fuck’s sake, with all the bumping and banging and door-slamming, I haven’t had a refreshing cocktail in peace in ages. A bit later, the house seemed quiet. I forgot about Donna. My parents came over for afternoon snacks and that cocktail I mentioned earlier, but when Pete took them to the basement to show them refinished furniture, all Hell broke loose.

Pete ran into the kitchen, talking talking talking. I couldn’t figure out what the words meant. Pete was saying Donna was gone and Timmy was in the backyard. I stared at him the way dogs stare at ceiling fans. He finally pointed out to the back porch; Mom was right next to me when we approached a very large cat crouching in the corner with his face pressed up to the back of the broom. I said, “That’s not Timmy,” but when I gently removed the broom, it was Timmy, which is my name for that cat. That’s not his actual name. I don’t know his actual name because I can’t stand his human. On the porch, there was an improvised litter box but no food or water. Pete opened Donna’s apartment door from the inside, which would have been illegal until she left. Mom, Pete, Timmy and I rushed into the apartment. I brought in food and water and dragged the litter box into the bathroom. Pete tore down duct-taped curtains all over the place and opened cabinets. The apartment only looked empty. It was not. She didn’t even take her plants. We were very confused. Though there was no question of leaving him outdoors, I was reluctant to leave a freaked-out Timmy alone inside the apartment. Despite the sad turn of events, he was less freaked out than he might have been because my mother is Snow White.

Did you know that? I must have mentioned it. When we were kids, my brother, sister and I were always bringing home injured birds and assorted stray critters, which my mother would feed with an eyedropper until they were old enough to vote. She’s the only person I know with an entire family of groundhogs and no murderous designs. Mom spoke gently to Timmy until he stopped hissing and swinging at us, which was good news because I look terrible in stripes.

Pete called Donna. She did not pick up. Pete locked the door and we tried to figure out what the hell was going on at our house. 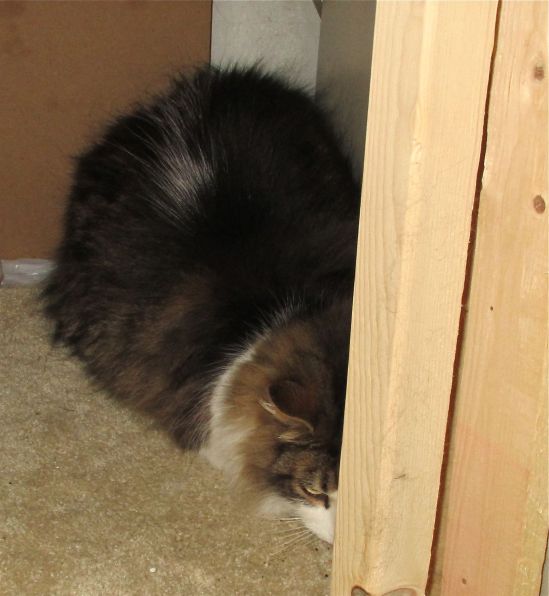 She called Pete yesterday and said, “I forgot my cat.” She’s a relentless manipulator and now I’m taking care of her cat because that’s the right thing to do.

I’d be furious if I thought she’d created this situation on purpose, but I doubt it. She loves Timmy. Moving makes people crazy and stupid. She started out crazy, so she didn’t have far to travel before she arrived at I Forgot My Cat-crazy. Poor Timmy!

Pete’s mother made tablecloths thirty or forty years ago out of long pieces of bright, floral fabric. They are simply done, but the seams are straight and the corners crisp. My mother laughed when she saw them. I said, “Sylvia made those.” My mother, who knew Sylvia well and misses her, stopped laughing and ran her fingers gently around the petals, around and around.