How big a fucking bottle of Dawn will it take to wash away “an event of national significance?”

Answer: a bottle the size of Australia.

Here’s what’s being done to capture the oil:

Chemical dispersants: About 100,000 gallons of chemical dispersant has been dropped from the air into the Gulf, where it breaks up the oil slick into smaller droplets. The droplets then get mixed into the water, where they are subjected to ocean currents and natural degradation processes, according to the Minerals Management Service (MMS). “This potentially exposes the water column and near shore shallow bottom-dwelling organisms to oil,” according to MMS. 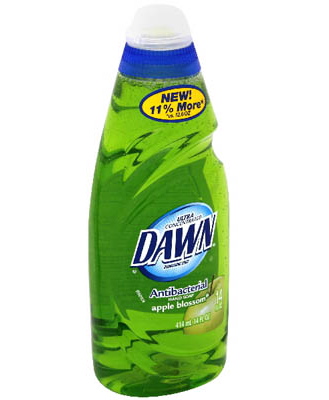 Skimmers: Once broken up, skimming vessels come in and collect what’s left. The droplets are collected in drums and some of that material gets cleaned and recycled. The rest is “properly disposed,” Mendenhall said. But skimmers can only capture about 10 percent of the volume of spilled oil, according to Charlie Henry of the National Oceanic and Atmospheric Administration (NOAA).

Controlled burn: On Wednesday, BP and the Coast Guard, along with other agencies, conducted an in-situ burn in which they used a fireproof boom to corral dense parts of the oil spill, moving it to another location and then burning it.

In general, burning is probably the most effective method for cleaning up heavy oil like that leaking in the Gulf, according to said Edward Overton, a professor emeritus of environmental sciences at Louisiana State University. But it has drawbacks. When you burn near the coast, you have to destroy wildlife, and offshore burning is harder to do.

“I have no idea what we’re going to do, this is trial and error to see what works and what doesn’t work,” Overton said. And news reports suggest since the oil is really an oil-water mix, burning actually might not do the trick.

Collection domes: BP has also started to put together a subsea oil collection system, and when used will be the first time this shallow-water technology has been adapted for the deep water. The oil leaks in the Gulf are nearly a mile down. It is expected to be ready for deployment within the next four weeks, according to BP.

When ready, here’s how the oil-spill technology would work: The dome would be placed on the seabed to capture the leaking oil. This oil would then be pumped up to surface vessels that could collect the oil and take it away. Similar systems have been used in shallow water, but never at depth of 5,000 feet. The Coast Guard has said the construction could take two to four weeks.

New method: However, Thursday afternoon officials said they might try an experimental oil-dispersal method that would involve releasing chemicals from under the water. “We were notified that this technique might be more effective in spreading the dispersant at the source on the riser than by using aircraft to spread it on the sea,” said Doug Suttles, BP’s Chief Operating Officer.

As for what happens to the “dispersed oil,” that doesn’t get skimmed off or burned off or otherwise collected, “We’re told it disperses naturally. It eventually breaks up and evaporates. There are different ways, but we’re told it just kind of goes away,” U.S. Coast Guard’s Mendenhall said.

Bacteria can also help degrade most components of oil.

But not all oils are created equally. At first, reports suggested the oil leaking into the Gulf was standard Louisiana crude oil, a type of oil that biodegrades pretty well, Overton said. But sample testing revealed that the leaking oil was a different type, one that contains a very high concentration of components that don’t degrade easily, called asphaltenes, according to Overton. He estimates that the concentration of these asphaltic components could be as high as 50 percent in this oil spill, while in other types of crude oil it might be as low as 1 or 2 percent.

“That is bad, bad news, because this oil is going to be very slow to degrade,” Overton said today. 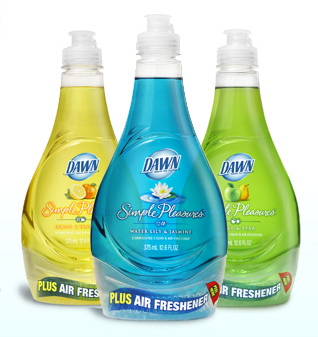 Some of the oil sinks to the sea bottom, where it can get buried into an anaerobic zone where there’s no oxygen. Oil in these zones stays in a chemically reduced form and doesn’t degrade as much, Overton said. But, he added, there’s not much life down there to be contaminated.

The oil slick could reach the Mississippi Delta coast as early as Friday, so at least some oil will hit shore. A satellite image of the slick taken Thursday showed it was almost touching the delta.

3 responses to “If This Land’s Still Made”