I do not actually have a giant hand. UNLESS I DO!

I took the day off from work today to run some errands. At 10, I went back to the orthodontist. This was a slapstick affair. My front teeth crumbled over the winter and were replaced, which is a terror-neutral way to describe weeks of credit-destroying dental work followed by months of retainer aversion, all resulting in my telling the orthodontist, “Dude, I’m here for adult supervision and you are that.” He fixed my retainer and did not mock me for turning myself in, which was generous for a guy donating his time. The office did not charge me for the five minutes he spent adjusting the retainer with tin snips and a Cheshire Cat grin. Then I took my car to the inspection station. That gasp you just heard was your fellow New Jersey reader picturing me making conversation with a plumber named Jerry, when that guy will suggest that state workers are overpaid no matter where you find him. Ordinarily, I would filet that guy, but today I smiled sweetly and left without a police escort. 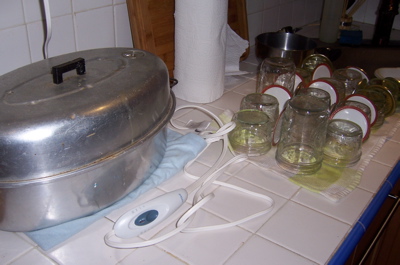 After lunch at home, I went to the eye doctor’s office, where I was declared remarkably healthy. That’s right: not just healthy, but remarkably healthy. I wondered if the eye doctor should get out more if my eyes’ near-normal wetness was worth a glowing mention. We discussed readers of various strengths and whether or not my diet included Omega 3 fatty acids and antioxidants. I was given a prescription I did not understand for glasses I would be buying at Costco, and after a $15 co-pay, I left for the radiologist. There, a technician pushed me into position on a table and took x-rays while I held my breath. I’d spent the morning in one town and the afternoon in another. All of this was possible because I have the state employee health insurance plan. I believe we should all have the same thing, only it should be called our national health service and should banish from its precincts for-profit insurers, which contribute ZERO to our society’s well-being. Health care for everyone seems like such a simple concept. You would think everyone would want it.

2 responses to “You Running To Jump In”